Well last year I got hooked into a group of folks on southern Vancouver Island called the Sooke to Sidney Rock Hunt (SS Rock Hunt on Facebook). The idea is to paint on small round rocks with messages or images and then (fairly obviously) hide them along trails and beaches. Other people find them and can either keep them or re-hide them. It's really fun, especially for kids, and it really is pretty cool to find them. I was happy to participate with artist friends and random neighbours and it all seemed quite lighthearted. Although finding good smooth rocks took some effort. 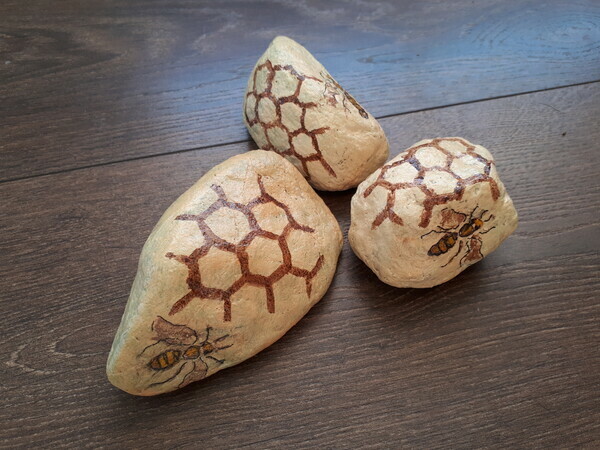 There was a bit of discussion in the group about possible environmental harm if you didn't seal your rocks and the paint washed off or chipped off. Another issue that came up is making sure you didn't put rocks on private property, in graveyards, and in open-to-the-public places like malls if the owners didn't like it. But then I ran across a more troubling controversy - was it OK to put such "unnatural" art objects in places like parks, especially those of the nature preservation variety. When someone likened them to graffiti, I started doing some reading.

It turns out that this idea, in the US often called "kindness rocks" wasn't new, nor was the controversy over placement of such painted bits of mini art in wilderness areas, such as beaches and parks. Not only were the rocks likened to graffiti (which has had it's own controversy over whether it's vandalism or art, of course), but were also deemed analagous to trash or litter. Which, in leave-no-trace areas, is quite possibly a good point.

Here's an article about the controversy in the US, which has some interesting history about the rock painting hobby as well: Between a (Kindness) Rock and a Hard Place.

While I had always left my rocks on dog walking trails and made sure nothing would be disturbed in placing or collecting the rocks, I did find my own interest waned once I thought about what I valued in nature, and what I valued in art. The environmental artists that I like do works that in fact leave no trace, and are designed to fit into nature in a way that is temporary and respectful. People like Sally J Smith, whose art leaves no permanent record of itself except for photographs that she takes of it. 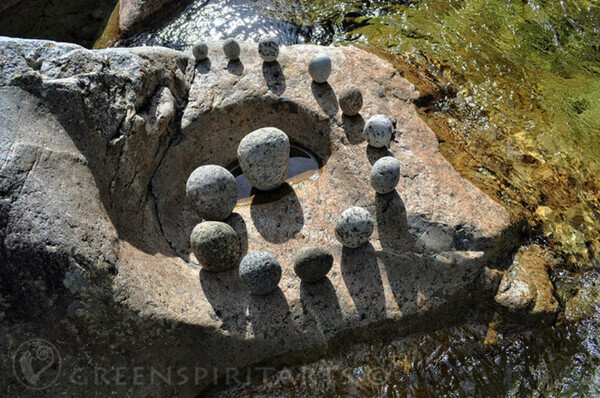 So, these days, I don't paint on rocks any more. It just seems to me to be treading ever so slightly more lightly on the path.