As a glaucoma patient and visual artist, I became interested in the effect of blindness on the ability to paint. As it turns out, it's not always critical. The first thing to realize is that most folks - about 93% - who are legally blind are not totally blind, and retain the ability to see some values, colours and shapes. In fact, going blind is a process, with inconsistent, light-dependent effects and a changing patchwork of impairment. One of the best descriptions I have read is Annalisa D'Innella's article "The Way I See It."

There have actually been some interesting books about the effect of various types of visual impairment on artists. The seminal work in the area is Patrick Trevor-Roper's book "The World Through Blunted Sight," first published in 1970 and revised and reprinted in 1988. It's available on Amazon here. The author, an opthalmologist, describes the effect of various types of visual impairment (due to cataracts, colour blindness, myopia, etc) and the impact that he theorizes it had on a variety of artists and writers, and the way they conveyed their visual impressions of the world. Unfortunately from my viewpoint, glaucoma (which causes loss of peripheral vision first, and can lead to total blindness over time) is given short shrift in the book. 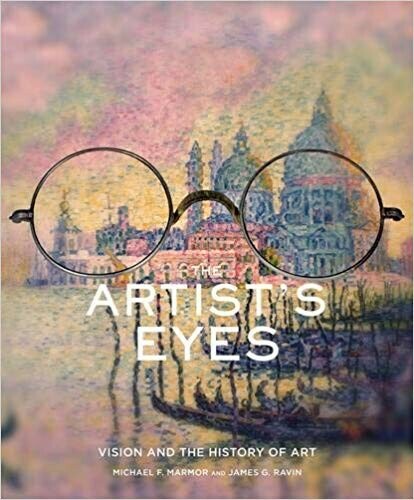 A more recent book along the same vein is Michael Marmor & James Raven's 2009 book "The Artist's Eyes: Vision and the History of Art." It is also available on Amazon here. It is a series of case histories that looks at the impact that eye disease may have had, over time, on the works of several famous artists, particularly Impressionists Renoir, Degas, Van Gogh and Monet. (The authors also have an earlier work on the topic, the 1997 title "The Eye of the Artist.")

There are also some books out that help blind artists learn how to go about creating art, such as Elisabeth Salzhauer Axel’s book "Art Beyond Sight" (available here).

Not all blind artists are historical figures. For example, Keith Salmon is an award winning Scottish landscape artist who exhibits regularly, who suffers from diabetic retinopathy. More about Salmon and his work can be found on his blog at http://www.keithsalmon.org/ Another well known artist, who died in 2015, was Sargy Mann, who lost his sight to cataract surgery, retinal detachments and burst corneal ulcerations. Information about Mann is available at http://sargymannarchive.com/  They and other contemporary artists have shown that visual impairment, even total blindness, can't stop artists from creating art! 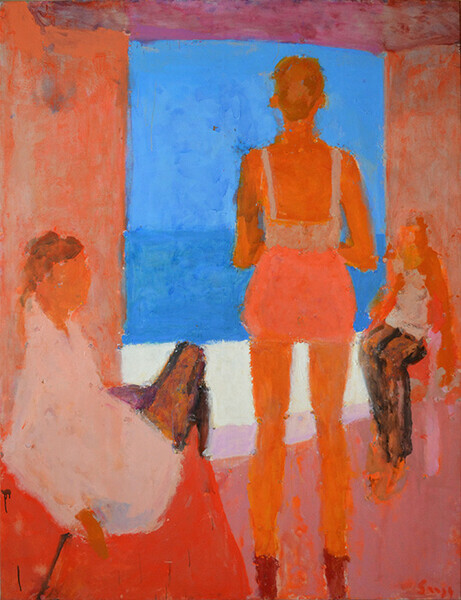 Where will changing eyesight lead me on my own journey? Time will tell.